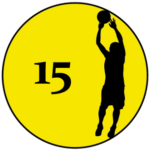 Did you that the CPL has been in existence since 2008 and that we’re currently in our 15th season? Or that the very first President of the CPL was Hardy Vargas, or as you may know him today – ‘The Logo’? 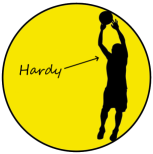 There may be lots of things you may or may not have known about the CPL, but one interesting titbit that you may not be aware of is that there have been five Presidents to lead the CPL charge since its creation. The Generals of the CPL started with Hardy, followed by Scott Culpitt, Alex Burnett, Shane Turner, and current president Matthew Deady.

If you are still not sure who these blokes are, check out the latest addition to the CPL website, the President’s Wing.

But more than these stats, the Presidents have logged thousands of hours to help bring an amazing competition to the players. And that is a stat that we can never truly record or understated.