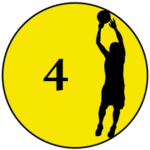 Stop! To this date there have been 4 draft nights in the CPL. So far, all these Draft Nights have occurred amongst Division 3, but this year move over Division 3, ’cause Division 4 takes the reins of Draft Night. Division 4 is the place you wannabe.

The first CPL Draft Night occurred in the 2017 season and has continued to spice up the lives of players ’till the 2019/2020 season. The 2020 season was not only denying players a full season, but also a Draft Night as well. During this time, 96 players have taken the court to compete in the CPL’s Draft Night, with teammate competing against teammate – often with suspect fouls involved.

For most players it is an opportunity to mix socially with players from other teams, when 2 become 1. Some see it as an opportunity to settle the debate about who is the number one player on their own team. Whilst we the drafters love seeing this intensity from the draftees, we also love seeing the comradely of players competing for the first time on the same side of the ball.

But let us not forget that the Draft Night is more than just for the joy of playing. There have been four teams to have won the coveted Gatorade’s: ‘Shane’s Fresh Fruit Salad’, ‘Stu’s Phantom Shin Kickers’, ‘Stu’s Considerate Crew’, and ‘Heart’.

If you have been lucky enough to have played in a draft night maybe you will remember one of the teams listed below and how you fared. 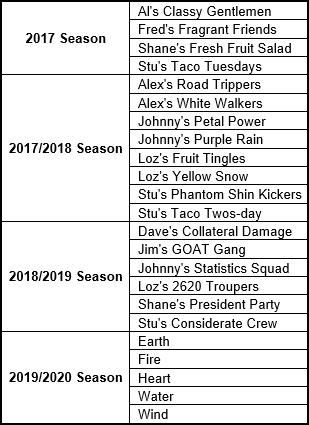 Finally, there are two things we know that truly come from the draft night games: